Home›Allergies›How to Treat Rosacea on The Face?
Allergies

How to Treat Rosacea on The Face?

Rosacea is an inflammatory skin condition which is persistent in nature. It can cause redness on the facial skin, dilated blood vessels, small bumps and cysts, and irritation in the eyes. The condition can also spread to the nose, cheeks, forehead, and chin. In worst cases, it can even spread to the ears, chest, and back. While any person can develop rosacea, people who have a tendency of blushing more than normal are more prone to developing the condition. However, it is more common among fair-skinned people. Rosacea is often misunderstood for an allergic reaction and with conditions such as acne or other skin-related problems.

There are four types of rosacea:

Erythematotelangiectatic rosacea: It is often characterized by flushing, redness, and visible blood vessels.

Phymatous rosacea: It is defined by skin thickening and a bumpy texture.

Papulopustular rosacea: It involves redness, swelling, along with acne-like breakouts.

Ocular rosacea: It is characterized by irritated, swollen, dry and red eyes.

Although the main culprit behind rosacea is yet to be found, medical researchers have come up with some findings. Some of the possible causes of rosacea include:

Genetics: Various studies have supported a connection between genes and rosacea. Many people inherit rosacea causing genes from their family members. 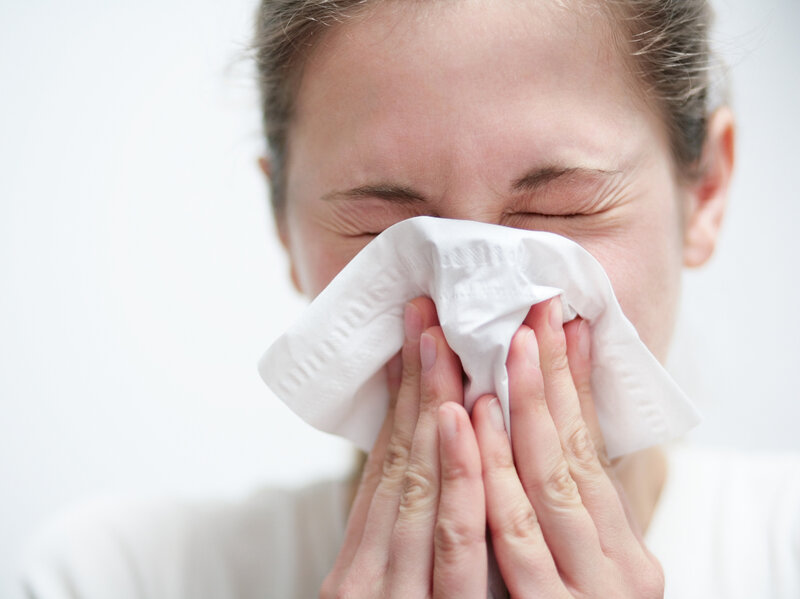 Immune system: A group of medical researchers believe that acne-like rosacea occurs due to the bacillus oleronius bacteria which cause the immune system to overreact.

What are the Symptoms?

While the symptoms can vary from person to person, some of the common signs associated with the condition include:

How rosacea can be prevented?

While there is no permanent solution to this condition, you can still follow certain preventive measures to diminish the risks associated with the condition. Some of them include:

Limit your exposure to sunlight

Do not touch or rub your face

Reduce the consumption of spicy foods and hot beverages

Stay away from cosmetics that cause irritation